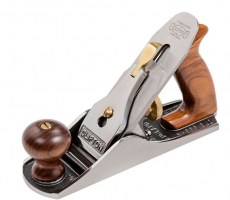 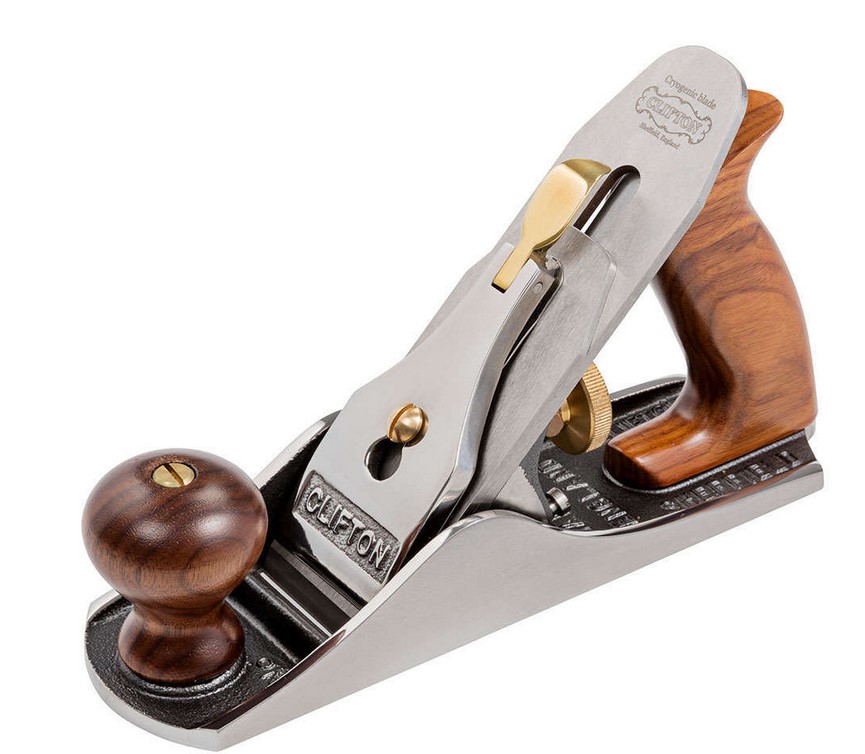 The increased length and weight compared to the No. 4 plane makes this plane ideal not only for smoothing but also for levelling surfaces.
If you are looking for a beautifully crafted plane in a classic design, the Clifton models are the right choice. Easily adjustable, snug in the hand and of high sole precision, they are excellent for trueing as well as smoothing surfaces. The cryogenically hardened blade with a hardness of 60-62 HRC and 3 mm thickness ensures the best service life and smooth running. It lies on a »Bedrock« frog that can be adjusted without backlash and, together with the chipbreaker, enables the finest chip removal. The heavy, stress-relieved cast iron bodies give these planes a thrust that will not be slowed down even by knotty surfaces. Generously dimensioned walnut handles, rounded, polished body edges and adjustment screws made of stainless steel or polished brass underline the quality standard of these truly fine tools. Made in the UK.

The term 'Bench Plane' refers to the the range of planes originally made for and by Stanley/Bailey and with numerous versions, copies and clones made all over the world such that there are literally tens of millions of them in existence.

They look alike as a family and mostly vary only in scale.  Most of the fasteners are standard across the range and, presumably to introduce a degree of proprietary control, often used an unusual thread standard e.g. 7/32-20 (7/32nds of an inch with 20 threads to the inch) for the knob screw.

The term 'bedrock" refers to the period in and around WW2 when Stanley planes reached their best design and manufacturing standard.

The current Clifton offering can be seen as their gold standard with superb production values. Heirloom tools.

Back to: Clifton - England